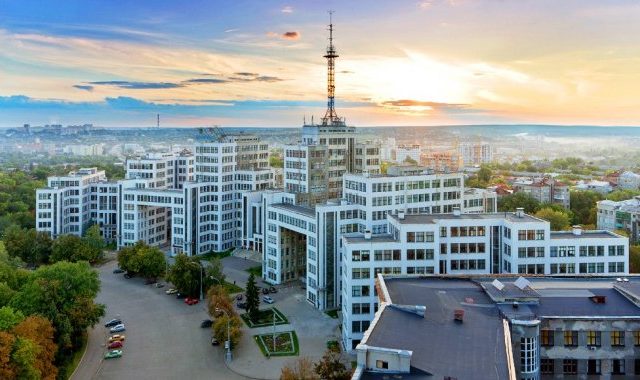 The previous material, which analyzed the course of the election campaign in 7 districts of Kharkiv, stated: out of many candidates, the real contenders for victory are the “Kernes nominees”, owners of the “Sluga Narodu” party franchise, as well as point-acting people’s deputies in conflict with the mayor.

The key question that arose after election’s day: what happened in two weeks, what did the situation turn into a total triumph of the “Sluga Narodu” from a parity state with a slight advantage of the acting people’s deputies?

The main hypothesis: in the last phase of the campaign, Volodymyr Zelenskyi used the favorite weapon of Gennadiy Kernes – public “pressure” of officials, and this technology hit the “top ten” electoral expectations. The all-Ukrainian round of “good king – bad boyars” gave its result in the Kharkiv region: the ratings of all owners of the pro-presidential franchise automatically grew, and only 2 of the 14 existing people’s deputies stood. And one of them – Oleksandr Feldman – certainly does not belong to the Kernes team.

Additional hypothesis: one of the decisive factors was the media activity of the “Opozytsiina Platforma – Za Zhyttia (Opposition’s Platform – For Life)” party, which, thanks to “Inter”, “112” and “Newsone”, leveled down all the growth trends of the “Opposition Bloc”, winning the specific game for the “Party of Regions” electoral inheritance. And the presence in the ballots, even a little-known candidate from “OP – Za Zhyttia”, had “eaten” 10-20% from people’s deputies – ex-members of the Party of Regions.

In the last two weeks, the Opposition Bloc “finished off” – “The Party of Sharia” arranged a vivid expansion in the same electoral field (nominal voters of Yevgen Muraiev, which are, on average, younger and more “urbanized” of Yuriy Boyko voters, and it was the first who took the party project of Anatoliy Sharia).

* after processing 99.76% of Election Commission protocols.

Only three party brands in the Kharkiv region scored more than 5% of the vote. At the same time, the results of the party election practically repeated the voting in the first round of the presidential election (especially for the pairs of Boiko – “OP-Za Zhyttia” and Vilkul – “OppoBlock”).

That is, the presence of Gennadiy Kernes in the top five (and, therefore, in the ballot) of the list of the “Opposition Bloc” de facto added very little to the result of the party brand. Although, for the “Opposition Bloc”, the Kharkiv region is become the second one in the intra-party rating of the regions after Donetsk (10.9%). For example, in Odessa, with which it is natural to draw parallels due to the similarity of the roles of mayors of the regional centers Gennadiy Kernes and Gennadiy Trukhanov, the result turned out to be less than 5% of the threshold (4.87% – although direct extrapolation to local elections is irrelevant here) .

For “OP-Za Zhyttia”, our region also turned out to be one of the basic ones – the 3rd result in percent (after Donbass) and the 1st in absolute values ​​of votes (at the time of counting 94% of votes – almost on par with the Donetsk region). Traditionally, the maximum result (34.9%) of the “Party of Regions” electoral successors was recorded in the 176th district (center – Chuguiv). But even here, the “Sluga Narodu” gained more (39.8%), although in the first round of presidential elections it was the only district in the region where Volodymyr Zelenskyi lost to Yuriy Boiko.

The electoral map of the “Sluga Narodu” party in this election is also similar to the presidential election maps – political force won in all regions except Donbass (as in the first round, where Boiko won more votes in Donetsk and Lugansk regions) and the Lviv region (the only region in which in the second round Poroshenko won). The percentage of “Sluga Narodu”  support in the Kharkiv region (42.6%) is almost identical to the total in Ukraine (43.1%). And it was these 40% + of the party rating that made possible the triumph of the candidates “Sluga Narodu” in 12 of the 14 districts of the region.

VOTING FOR CANDIDATES – TRUST THE BRAND

The dispersion of the results of the candidates-winners from the pro-presidential force varies from 37% to 50%. The champion became Oleksii Kucher, who, without having a special connection to the 179th district, declassified the permanent deputy of the district Anatoliy Girshfeld, and the head of the Regional council Sergiy Chernov. At the same time, the majority of “urban” candidates (except Victoria Kinzburska) surpassed the results of their own party, i.e. managed not only to identify with the maximum efficiency with the popular subject of the nomination, but also to bring a personal rating (especially Oleksandr Kunytskyi, who clearly played into the hand of the epic “non-dismiss”). We should also pay tribute to Andrii Odarchenko and Yuriy Zdebskyi, who, according to sociological surveys, still conceded to their opponents a couple of weeks before the election day.

In the districts of the region, the support of the “Sluga Narodu” was even higher, and even without a 100% efficiency rating, 6 out of 7 candidates won in the election. The lowest results are for those winners, who are frankly difficult to call “new faces, who have never been in power” – the odious deputy mayor of Merefa and the ex-mayor of Balakleia from the “Party of Regions”, the current head of the district council (district No. 181 and No. 178, respectively).

* at the time of writing, 93% of Election Commission protocols in this district were processed.

“All happy families are equally happy …” – taking into account the almost universal campaign strategy of all the “majoritarian” candidates from the pro-presidential force, perhaps those two districts that for the Kharkiv team “Sluga Narodu” became a “a fly in the ointment” are of more interest.

In the 176th district, Oleksandr Schyslionok (29%) conceded to the candidate from the “Opposition Bloc” Dmytro Shentsev (44%), and here, probably, the main reason lies in the peculiarities of electoral geography. Shentsov himself had held the systematic work in the district, and since 2012 has reasonably considered it as his patrimony, but this is not very different, for example, from Volodymyr Katsuba, who lost in the 175th district to Evgen Pivovarov. But the 176th district itself with its center in Chuguiv is special: it is the border stronghold of everything conservative and pro-Russian, here in 2014 Mykhailo Dobkin defeated Petro Poroshenko, and in 2019, Yuriy Boyko won against Volodymyr Zelenskyi. There is no other such district in the Kharkiv region, and therefore it naturally became an exception from the general Ze-trend.

As for the 174th district, Oleksandr Feldman, who was first elected here to the Verkhovna Rada, was able to resist with a minimal margin, thanks to the strength of his own name, and to some favorable circumstances. Surprisingly, Oleksandr Tkachenko from the mayor’s team eventually became Feldman’s competitor – he used the Ze-style in the campaign, and in his total 12% there was certainly a share of those voters, who sincerely believed that Tkachenko represented the President’s party. The second circumstance is the technical candidate Anastasia Akimova, the manager of the ALC “Sluga Narodu”, who also “bit off” her 3% from the real candidate Victoria Alekseychuk from “Sluga Narodu”. The third, and possibly decisive, circumstance is the timely removal of the candidate from “OP-Za Zhyttia” Igor Shram (if other people’s deputies in their constituencies managed to achieve similar removals – their chances would increase, and, for example, Viktor Ostapchuk in the 177th district probably would win).

VOTING AT PARLIAMENTARY – EXPECTATIONS AT LOCAL

In the Kharkiv region, as well as in Ukraine as a whole, a bloodless electoral revolution took place, and it is awaited to be realized. The strategy of identification with Volodymyr Zelenskyi turned out to be the strongest, than the local administrative resource, the tactics of the “good deeds” of the acting people’s deputies, and most importantly, their identification with the mayor Kernes. The results of candidates from the Kernes team, who were not active deputies in their constituencies – Oleksandr Granovskyi (15.88%), Oleksandr Tkachenko (12.57%) and Volodymyr Zolotariov (12.72%), are demonstrative.

The case with the 171st district and Zolotariov Jr. is especially significant, because in the elections of 2014 he also ran in this district (as a non-party nominee from Sergii Tigipko “Sylna Ukraina” that was already striving to zero) and scored 12.56%. Thus, now neither the brand of the Opposition Bloc, nor identification with Gennadiy Kernes added anything to the result of five years ago.

However, although the “magic of identification” with Kernes has ceased to operate, his personal mayor rating is still high. But the word “uncontested” is no longer appropriate to apply – for sure, in all the upcoming surveys, Kharkiv sociologists will interest, what percentage of Kharkiv citizens are ready to support the mayoral candidate of the “Sluga Narodu”, whoever he or she is. The question is whether Volodymyr Zelenskyi will decide on a “complete reboot” of regional political regimes or a “common denominator” in the person of Igor Kolomoiskyi will push for the division of spheres of influence according to the principle of “Kharkiv to Kernes, Kernes’ loyalty to Zelenskyi”.

In addition, traditionally in Ukraine, election results are not just a marker, but also a criterion for the dismissal / appointment of heads of regional administrations. While his positions in Kyiv are being held (for how long?) by Arsen Avakov, the head of the Kharkiv Regional State Administration probably is still Yulia Svetlichna. During a recent visit to the Kharkiv region, Volodymyr Zelenskyi noted that he was looking for “adequate managers”, and for the clarifying question about Vadym Sliusarev he answered negative, but not categorically. However, after the triumph of the local team “Sluga Narodu” and the personal candidates-creatures of Sliusarev (Odarchenko, Zdebskyi, Pivovarov, Kucher), it can be assumed that his position on this issue has been significantly strengthened.

Published on the informational and analytical portal “Hvylya”

The paper was prepared under the project «Promoting Democratic Elections in Eastern Ukraine», with the support of the National Endowment for Democracy (NED). The content of the publication does not necessarily reflect the views of the NED and is the sole responsibility of Center for Political Analysis “Observatory of Democracy”.